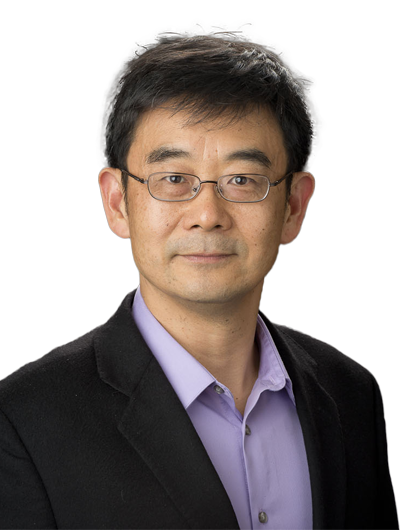 The thrust of Dr. Sun’s effort is to translate discoveries in basic biomedical research into novel therapeutics. Current focus is on oncology and immuno oncology. Also of interest is development of enabling technologies (including but not limited to catalysis and computational chemistry) to accelerate innovation cycle of new drug discovery and development.

Dr. Yongkui Sun graduated from Caltech with a Ph.D. in chemistry and began his professional career at MSD (also known as Merck & Co., Inc. in North America) in 1993 as a Senior Research Chemist. He gained rich experiences in R&D, business, and management at MSD by taking on responsibilities across six departments, from discovery and development of novel therapeutics, to China R&D strategy and operation, and to business development and licensing. During his tenure at MSD, he delivered significant value of science to the company, contributing to the development of Crixivan®, Maxalt®, Emend®, Cordaptive®，Taranabant, and Januvia®. He has 72 publications, out of which 54 were from his career at MSD.

In 2010 Dr. Sun took on a new position to lead the effort to set up the MSD R&D Center in China. The effort led to the establishment of the MSD R&D Center in Beijing in 2012. In 2012, Dr. Sun joined MSD’s Business Development and Licensing department as Vice President leading search and evaluation of innovations in Greater China. He played a key role in licensing in, for the first time in MSD history from Greater China, an innovative therapeutic candidate that contributed to strengthening MSD’s pipeline.

Dr. Sun received several notable accolades from within MSD as well as from outside MSD in recognition of his contributions and leadership. At MSD, he was named a Presidential Fellow in 2006, the highest honor in MSD Research Laboratories; externally his accolades include the Thomas Alva Edison Patent Award (2009), the Presidential Green Chemistry Challenge Award in 2005 and in 2006, UK’s Institute of Chemical Engineers' AstraZeneca Award for Excellence in Green Chemistry and Engineering in 2005, and “We Work for Health Champions” Award from the Pharmaceutical Research and Manufacturers of America (PhRMA) in 2010.  Dr. Sun was elected a member of the US National Academy of Engineering in 2016. 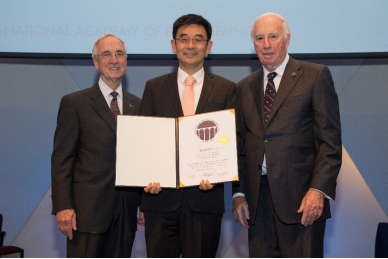 2010     “We Work for Health Champions” Award, Pharmaceutical Research and Manufacturers of America (PhRMA)

2016     Elected a member of the US National Academy of Engineering